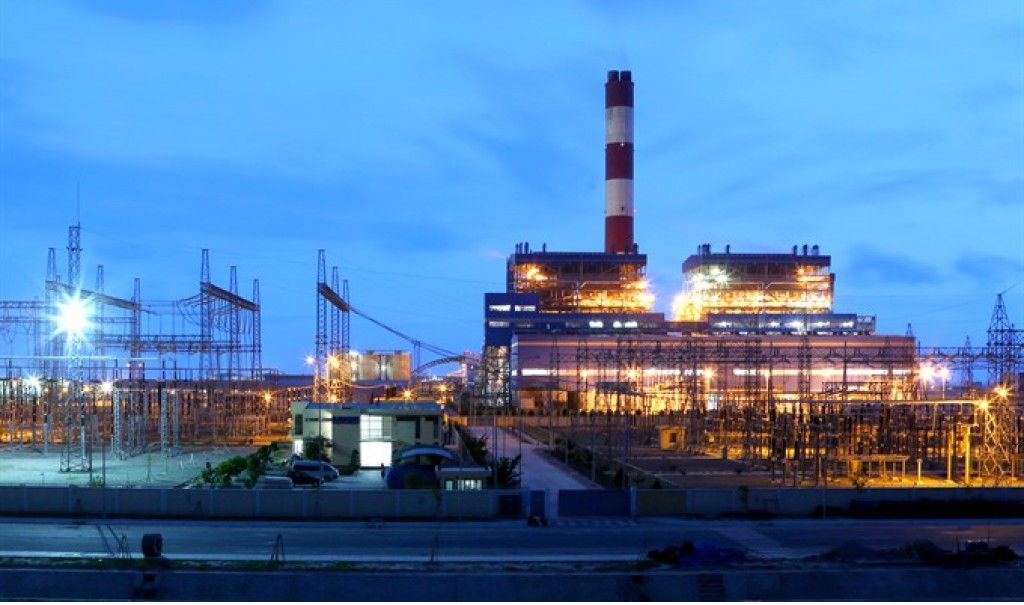 The building of new thermopower plants has recently become a cause célèbre in the country as economic demands and environmental concerns face off, especially with a number of localities rejecting central Government-approved plants. Việt Nam needs an enormous amount of energy to feed one of the fastest growing economies in the world, and coal-fired thermopower plants are usually favoured by governments as the most affordable option that can guarantee a cheap supply of electricity, however, environmentalists and the public have been arguing that the perceived ‘low costs’ have not accounted for costly long-term consequences that these plants dealt to the environment and people’s health. According to the revised National Power Development Master Plan VII (for the period 2016-30), the installed capacity of the whole coal-fired power of the country would reach 55,300MW by 2030, with 14,600MW supplied by 11 projects in the Mekong Delta region.

Most recently, the low-lying coastal province of Long An received attention as the local government decided late in September that they would ask the Ministry of Industry and Trade (MoIT) to not go through with two coal-fired thermopower plants in the province, opting to build a US$5 billion thermopower plant run on liquified natural gas (LNG), which supposedly produces less pollution and greenhouse gases, instead. According to the approved master plan, a power plant complex would be underway in Long Hựu Đông Commune in Cần Đước District, comprising two coal-fired plants slated to go into operation in 2025 and 2028, respectively, with a total capacity of nearly 3,000MW. The complex is expected to generate 17 billion kWh a year, helping to ensure electricity demands for socio-economic development in the province as well as its southern neighbours – where the State-run Việt Nam Electricity (EVN) said that delayed coal-fired projects might lead to crippling power shortages in 2021-23 and potentially 2025. However, Trần Văn Cần, Chairman of Long An People’s Committee said that after serious discussion with experts, scientists and other agencies regarding the environmental aspects of the power plan, the province had decided that coal-fired plants would not be in its best interests. Cần said that three investors – one Vietnamese, one South Korean and one Thai – had already contacted the People’s Committee about building an LNG power plant at the site originally planned for thermopower plants.

According to the MoIT, in the power development master plan, Việt Nam’s sources of power are identified as hydropower, thermopower (coal-based or gas-based), renewable energy, nuclear energy and imported energy. With Việt Nam’s commercial electricity demands for 2017 at 174 billion kWh and three times as much, 500 billion kWh, in 2030, the electricity sector would be hard-pressed to ensure sufficient supply, while it needs to make sure that the price is in line with what people and businesses can reasonably pay, at the same time, power production activities must not harm the environment. According to Lê Văn Lực, deputy head of the MoIT’s Electricity and Renewable Energy Authority, Việt Nam’s most viable source of energy is hydropower, however, the 285-strong network of hydroelectric power plants stationed across the country – mostly small- and medium-scaled – have already exhausted their potential. As much as 16-17 per cent of the country’s energy would be supplied by LNG-fueled thermal power plants, Lực said, but starting from 2019-20, the country would need to find supplemental sources of gas as the natural reserves are running out. The price of electricity generated from LNG projects are also higher, averaging VNĐ2,300-2,500 per kWh, with imported units reaching around the same (10 US cents/kWh), 1.5 times the price of thermal electricity and highly sensitive to the global market’s fluctuations, according to Lực.

Renewable energy in Việt Nam is still at a nascent stage, with most solar and wind power projects clustered in the southern provinces of Ninh Thuận or Bình Thuận. In addition, they cannot guarantee a stable supply as they are heavily reliant on weather conditions, thus, needing energy storage and battery technology, while Việt Nam is always hungry for energy, with dismissible difference in demands during rush hour/normal hour or night/day. The price of electricity from renewable energy is also quite high. According to Trương Duy Nghĩa, President of Việt Nam’s Association for Thermal Science and Technology, the building of new thermal power plants in the southern region is critical for its development. The cost of thermal power is currently 7 cents/kWh, the lowest behind hydropower, with modest investment at $1.5/kWh and great capacity generation. In the meantime, clean sources of energy are too pricey to dominate the energy scene. “Similarly, Việt Nam would need to import liquefied natural gas, and then we’d have to worry about transport lines, reservoirs and storage of the gas, all of this would make electricity derived from LNG less competitive in terms of price compared to coal-fired,” Nghĩa added.

The environmental concerns surrounding coal-based thermal power plants involved the ash they generated and the sources of coal they use. However, with the latest technology, thermal power plants with optimal operation could efficiently burn the coal entirely and sufficiently treat pollutants like SO2 or CO2, Chairman of the Việt Nam Energy Association, Trần Viết Ngãi, told Vietnam News Agency. The ash and slag are already used to produce non-fired bricks at an affordable cost, with companies in the northern province of Bắc Ninh capable of handling more than the waste amount produced by the coal power plant in the province already, according to Ngãi. He also affirmed that thermal power, especially coal-fired, would continue to be the mainstay of the national power system. “The association sees that across Việt Nam, coal-fired power plants’ installed capacity in the planning is just 20,000MW, this number could be increased to 45,000-50,000MW and still pale in comparison to other countries,” Ngãi said, but adding that the amount of coal that the country would need to import – 200 million tonnes by 2030 – is a problem that needs serious discussion.

Regarding the Long An power plan, MoIT said that since there had been no research conducted to ensure the uninterrupted transport of natural gas to the intended LNG power plant’s location, it could not approve the province’s alternative plan. However, the authorities, including MoIT officials, have expressed “respect for Long An Province Party committee and people’s decision.” “The ministry agrees with the idea that economic development should not be pursued at the expense of the environment. Environment impacts would weigh heavily in the consideration of the power plant project,” Lực from MoIT said, adding that once the province decides on a capable investor, it would report to the Government on the revised power plan.

Similarly, earlier in 2018, the Mekong Delta province of Bạc Liêu asked to remove the national master plan’s coal thermal plants out of its planning and the decision was approved by the Government. The province then allowed a US-based investor to set up a $4 billion natural gas thermal plant with a capacity of 3,500KW, which is scheduled to begin operations in early 2020.