Trends and developments in the Mekong Delta 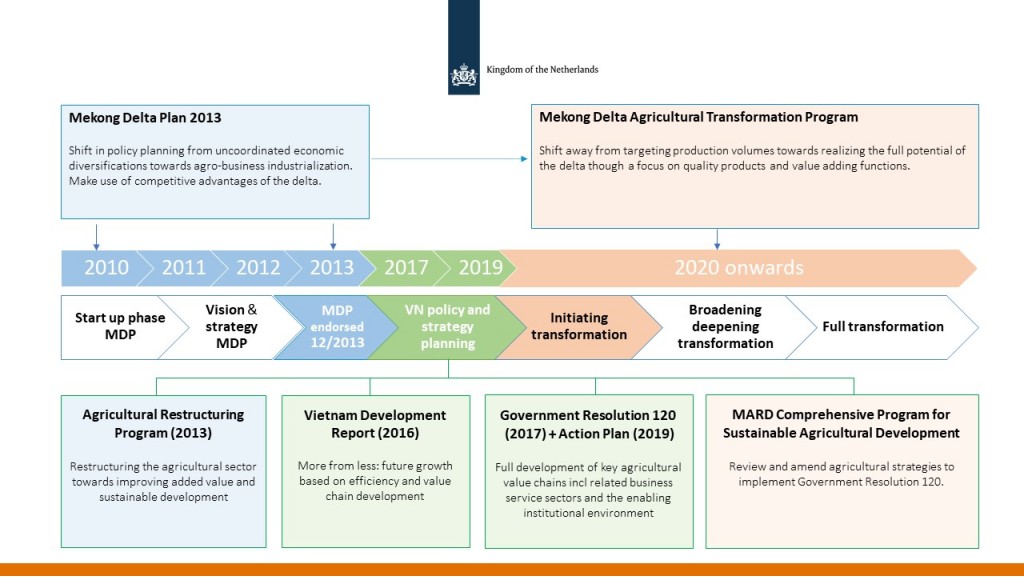 In 2013, the Mekong Delta Plan concluded that a shift in policy planning from uncoordinated economic diversification towards agro-business focused specialization is vital for sustainable socio-economic development of the delta in the long run. This development scenario:

In this scenario, the Mekong Delta develops into a modern and commercially oriented regional hub for export and domestic markets, specialised in high value agriculture and agro-food products that meet international standards. Non-agro food industrial and tertiary sector activities - except for related services & industries such as logistics, machinery & equipment - are gradually directed outside the delta, enabling an economic development and GDP growth based on the region’s agricultural niche advantages.

The relevance of this development scenario became very clear directly after endorsement of the MDP principles by the government of Vietnam and key international partners: Lacking alignment and inconsistencies between parallel agricultural policies combined with emerging climate change trends polarizing the seasonal conditions of the delta have caused 'early crisis situations' such as the 2011 flood and the 2014 and 2016 droughts. These events resulted in a broad consensus amongst Vietnamese and foreign stakeholders that the delta's agricultural system has now arrived at a critical tipping point.

The vision in the MDP closely aligns with the Agriculture Restructuring Plan 2013 and the future outlook for the agricultural sector as presented in the Vietnam Development Report 2016. This report explains that over the coming 10-15 years the share of primary agriculture in gross domestic product (GDP) will decline, yet agro-industry development could double this share. During this period, Vietnamese agriculture is expected to continue along a path of structural transformation with the following characteristics:

New Law on Planning: In October 2017 the National Assembly has approved a new Law on Planning, which establishes a new system of national plans, regional plans, provincial plans, and urban and rural plans, and sets down a number of planning principles. The new law introduces several key changes of which the most relevant are that it abolishes master plans for specific industries and products; and an integrated and multi-sectoral approach is promoted to address cross-sectoral, interregional, and interprovincial issues. 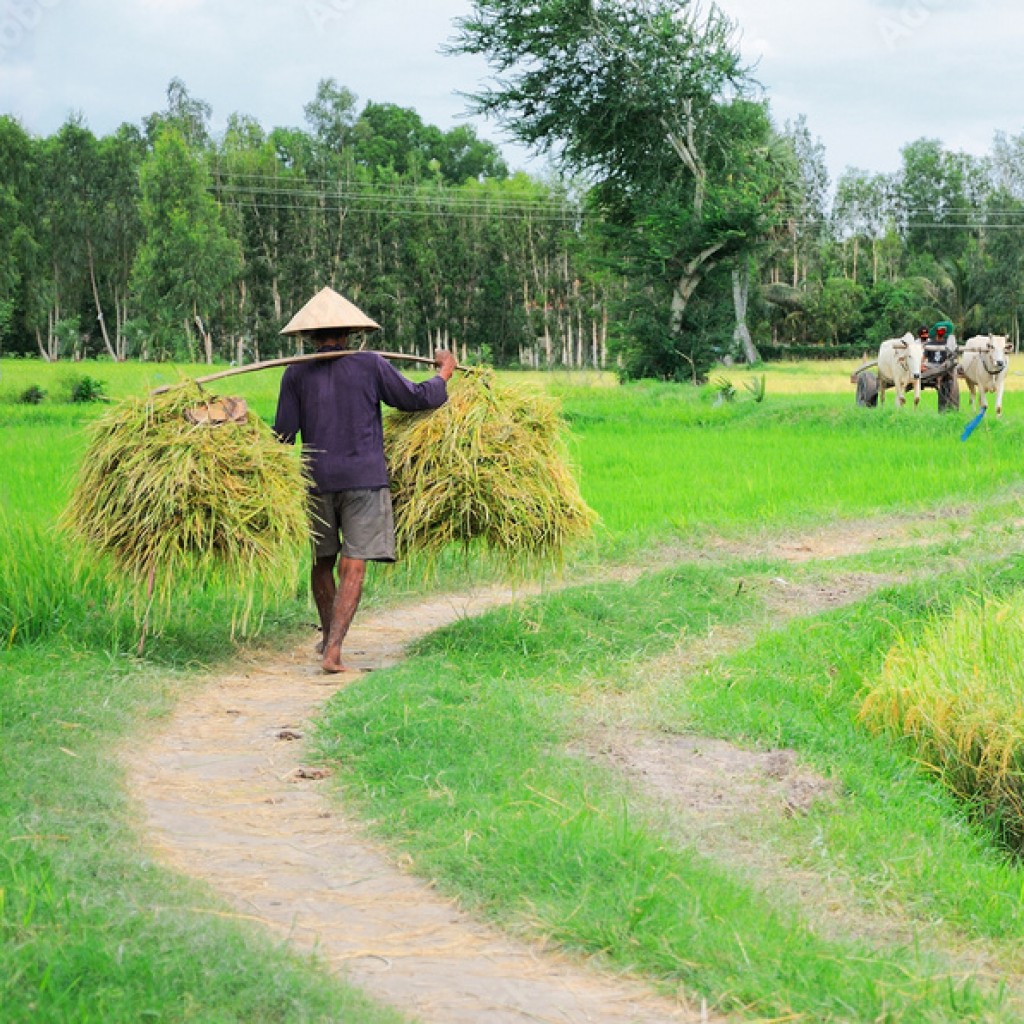 Following the MDP and VNDR, several policy-planning initiatives relevant for the further development of the agricultural sector in the Mekong Delta have been implemented:

PM593 pilot on regional coordination: Through the PM593 pilot on regional coordination (2017-2019) the Ministry of Planning and Investment was tasked to formulate criteria for identifying linkage projects and programs with the purpose to maximize the potentials and strengths of the provinces and the Mekong Delta Region. The pilot areas for regional linkage projects were defined as:

Government Resolution 120 (2018) and PM Decision 324 (2020): Government Resolution 12010 is a key strategy document presenting a vision for 2100 for the Mekong Delta in which, similar to the MDP and the VNDR2016, the overall objective is to fully develop the key agricultural value chains including the processing industry, transport & logistics, marketing & branding towards domestic, Asian and global markets as well as the related business services sector. In practice however, several institutional complexities are hampering the implementation process of Government Resolution 120, of which the most important are:

The progress on 2-year implementation of Government Resolution 120 was reviewed during the Mekong Delta conference on 18 June 2019 in HCMC. All main ministries involved reported that multiple plans have been developed and approved already, and first results are being achieved. However, the representatives of the Mekong Delta provinces raised the question whether/when these strategies with longlists of investments can be implemented and emphasized the urgency to move forward and include the business sector. In his final conclusions, former PM Nguyen Xuan Phuc mentioned that many shortcomings still exist and emphasized the need for an innovative approach to turn challenges into opportunities. For this, he specifically referred to the NL Delta approach and successful VN-NL cooperation on the Mekong Delta Plan.

Following GR120, MARD has already prepared and approved the MARD masterplan for sustainable agriculture in the Mekong Delta (PM Decision 324) and a dedicated Action Plan (MARD Decision 2025) to implement PM Decision 324/QD-TTg, which includes a detailed description of tasks, responsible divisions within MARD as well as a results-planning for 2025 and 2030.